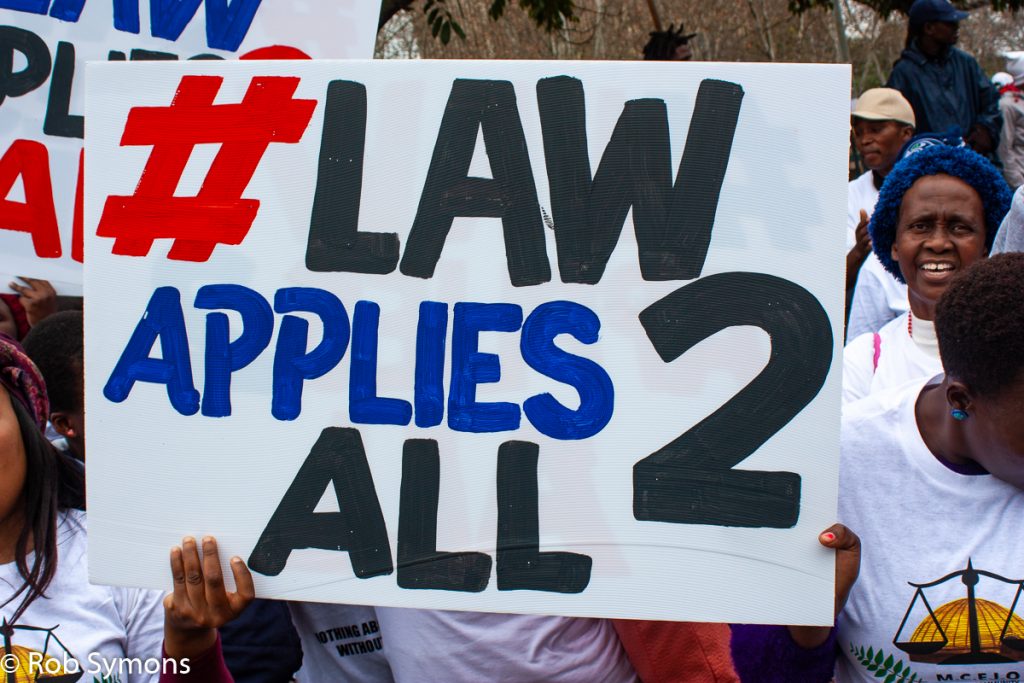 Wednesday, in the Pietermaritzburg High Court, a strong legal team is determined to ensure the right to appeal the dismissal of GET & MCEJO’s application exposing Tendele coal mine’s lack of compliance with environmental laws and the Constitution, and to ensure the mining sector complies with the law.

On Wednesday, 11 September 2019, at 9h00, the application for leave to appeal last year’s ruling in favour of Tendele Coal Mining (Pty) is set to be heard in the Pietermaritzburg High Court. On 20 November 2018, Judge Rishi Seegobin dismissed the application by the Global Environmental Trust (GET), Sabelo Dladla, a 24 year old activist who grew up next to Tendele mine, and the Mfolozi Community Environmental Justice Organisation (MCEJO) that challenged Tendele’s non-compliance with environmental, planning, waste management authorisations, and cultural heritage legislation. The judge ordered GET and MCEJO to pay the legal costs of the mine.

Tendele mine is situated 6kms away from the iMfolozi Wilderness Area, part of the historic Hluhluwe iMfolozi Park (HiP) a sanctuary for rhino for 110 years that draws thousands of local and foreign visitors every year. The mine has been operating since 2007 without any environmental authorisations or a waste management licence. Two independent publications, one by the South African Human Rights Commission and the other by Human Rights Watch, cited Tendele as one of the mines disregarding the human rights of mining affected communities in SA, with the Somkhele/ Mpukunyoni residents being one of them.

At the time of the judgement last year, attorney Catherine Horsfield, representing the Cape Town-based Centre for Environmental Rights (CER) expressed concern that the ruling, which has broad national implications, “may open the door” to companies disregarding environmental laws and safeguards in the Constitution. She considered the judge’s punitive costs order against two community-based environmental groups as having a “chilling” legal effect that could scare other vulnerable people from instituting public-interest litigation against powerful mining companies. CER has applied to be amicus curiae or friends of the court in the application for leave to appeal. Catherine Horsfield and advocate Max du Preez will attend the hearing to provide additional information to the court to inform its decision.

The legal team that will represent GET, Dladla and MCEJO on Wednesday include lead attorney, Kirsten Youens, assisted by Janice Tooley Attorneys, EIA specialists; Johan Lorenzen of Richard Spoor Attorneys; and advocates Mawande Mazibuko and Tembeka Ngcukaitobi. The team is determined to obtain leave to appeal Judge Seegobin’s ruling in the Supreme Court in Bloemfontein. This is seen as opening the way to getting support from the courts for greater compliance in the mining sector.

This important court case marks an opportunity for South Africa’s courts to make it clear to the coal mining sector that they do not support companies that are in breach of the country’s laws. With the Global Climate Strike taking place on 20 September 2019, there is strong evidence of increasing momentum to hold companies and governments to account and to put pressure on them to reduce fossil fuel expansion and dependence in order to prevent the increasing threat of devastating climate impacts. Wednesday offers an opportunity for South Africa to demonstrate its alignment with this international trend.